On October 5 and 6, the fourth Our Ocean conference will convene in Malta, home of the International Maritime Organization. This conference brings together heads of state, scientists, conservationists, entrepreneurs, students, and visionaries to address marine pollution, sustainable fisheries, climate change, and marine protected areas. During last year’s conference, countries committed $9.2 billion and 9.9 million square kilometers of ocean to these critical areas of action. This year, two new areas of action are on the agenda: maritime security and a sustainable blue economy. The world’s ocean coalition is increasingly recognizing that ocean health and human security are inextricably linked.

At Our Ocean, One Earth Future is proud to announce the inaugural version of the Stable Seas Maritime Security Index. Secure Fisheries joins two other OEF departments, Oceans Beyond Piracy and OEF Research, in this project. The Stable Seas Maritime Security Index is a first-of-its-kind effort to measure and map a range of threats to maritime governance in 30 countries across sub-Saharan Africa. By bringing diverse challenges like piracy, smuggling, and capacity-building into one comprehensive analysis, we can better understand how these issues intersect to affect maritime security. 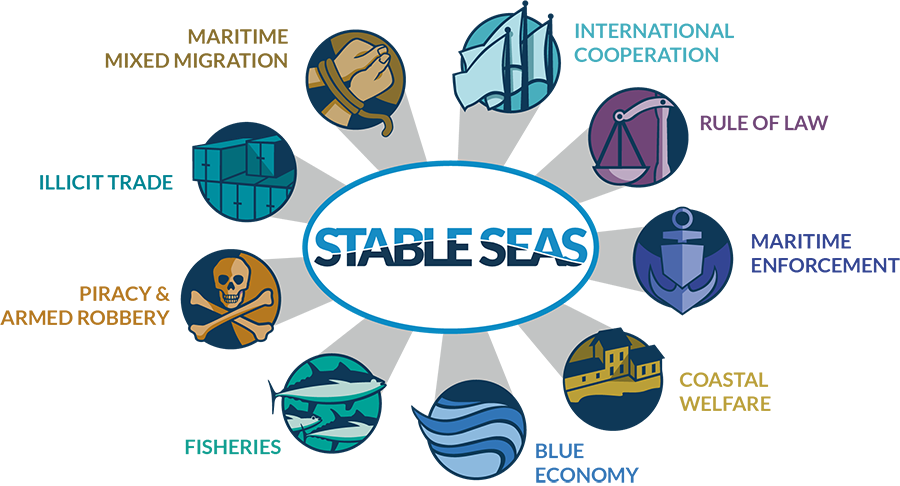 We’ve defined nine different issue areas that are both causes and consequences of maritime insecurity. Here’s how fisheries factor into each issue area.

There is growing international consensus that ocean health and human health are interconnected, as are the threats to both. The Stable Seas Maritime Security Index is a first-of-its-kind data tool that will improve our understanding of maritime security and governance issues while highlighting stories of success and failure. Fisheries turn out to be a critical component of all dimensions of maritime security. Check out the Maritime Security Index for more information and future updates!

From Suppliers to Scapegoats: Yemeni Fishers In Somali Waters At The Height Of Piracy

How Rampant Illegal Fishing Is Destabilizing the Somali Region

Trick or Treat: Brexit is a Halloween Horror Story for Europe’s Fisheries